Biodiversity refers to the variety of life forms at all levels of organization, from gene through species to higher taxonomic forms and also includes the variety of ecosystems and habitats as well the processes occurring therein. Biodiversity is fundamental to the fulfillment of human needs - a biodiversity rich region offers wide options and opportunities for sustaining human welfare including adoption to changes.

India is one of the 17 Mega biodiverse countries in the world and accounts for 7-8 % of the recorded species. The State of Assam is a constituent unit of the Eastern Himalayan Biodiversity Region; one of the two biodiversity “Hot Spots” in the country. The climatic condition and wide variety in physical features witnessed in Assam have resulted in a diversity of ecological habitats such as forests, grasslands ,wetlands, which harbour and sustain wide ranging floral and faunal species placing

The climatic conditions cause prevalence of not and highly humid weather in this part of country and coupled with heterogenic physiography make possible luxuriant growth of a number of plant communities imparting Assam a distinct identity phyto-geographically, many a species are endemic to this region and it is also the center of origin for commercially important plants including Banana, Citrus, Mango, Zizyphus, and Tea. The array of floristic richness has prompted many a scholars to describe Assam as the “Biological Gateway” of North East. The eminent Plant Taxonomist and Plant Geographer Armen L. Takhtajan observed, “Cradle of flowering plants lies in between Assam and Fiji”.

In the “Revised Survey of Forest Types in India”, Champion and Seth categorized as many as fifty one different forest types/ sub types for this region. But, the species diversity is so spectacular that it becomes often difficult to clearly identify separate riche to existing plant formations. However, broadly speaking the forest in Assam can be described into following types/ sub types.

Tropical Wet Evergreen Forests are found in the districts of Golaghat, Jorhat, Sibsagar, Tinsukia, Dibrugarh and in a narrow stretch in Lakhimpur and Dhemaji districts along foot hills. These forests also occur in the southern part of the State at lower elevations in Borail Range, and in Loharbund, Sonai, Longai and Dholia Reserve Forests in Cachar and Karimganj Districts.

Hollong (Dipterocarpus macrocarpus), the tallest tree of Assam and also the “State Tree” is the most predominant constituent of these forests. The associated species are Borpat, Jutuli ,Sam, Dewa sam, Nahar , Teeta chap, Bhelu, Mekai etc.

Moist Deciduous Forests can further be described as Sal Forests and Mixed Deciduous Forests. Sal Forests occupy considerable forest area in the Central and Lower parts of the State in the Districts of Nagaon, Morigaon, Kamrup, parts of Nalbari and Barpeta, Darrang, Dhubri, Kokrajhar and Goalpara.

These forest harbour rich diversity of shrubby and herbaceous ground vegetation. Some of the Reserve Forests also have teak plantations.

The Orchids of Assam

In Assam as many as 293 species of Orchids are reported which represent 44.39% of North.East species and 24.42% of species occurring in India.

Orchids as a group of flowering plants exhibit wide range of habits and have specific macro climatic requirements for their growth, development and regeneration. Assam orchids show all the habits and growth forms found in Orchidaceous taxa. Mostly they are epiphytes. Goodyera procera and Spiranthis sinesis are adapted to aquatic habitant whereas Vanilla pilifera and Galeola altissima are climbers.

Orchids grow to their magnificent best in the Evergreen and Semi- Evergreen forest and to some extent in Moist Deciduous forests.

Bamboos have gained considerable importance in the socio-economic life of people in Assam for the variety of uses they cater to. Altogether 38 naturally growing species of bamboo are recorded in Assam of which Bamboosa masrtersei is restricted in distribution to Dibrugarh district. Bamboosa cacharensis, Dinochlora compactiflora, D.india are restricted to Barak Valley. Chimnobabusa griffithiana and Oxetenanthera parviflora are restricted in distribution to N.C.Hills. Bambusa rangaensis grows wild in the Ranga R.F. of Lakhimpur district. Bamboosua vulgaris is the introduced species cultivated throughout Assam as ornamental plant.

There are no exclusive bamboo forest in the plains of Assam, bamboo grooves are found mostly along the edge of Reserve Forests. But pure bamboo forests occur in N.C Hills and Karbi Anglong districts predominated with Melocanna baccifera and Chimnobambusa griffithiana.

Assam is home to a good number of plants having medicinal uses in Aurvedic, Unani, Homeopathic and even modern medical practices. Quite a few of them are used by traditional village practitioners called Bej and people respond favourably to these traditional practitioners particularly in rural areas. Altogether, 952 plants species have been identified which have uses in medical practices in some form or other. Asparagus racemosa (Satmul), Curcuma aromatica (Ban-haldi), Emblica officinalis (bel), Terminalia species (Hilikha, Bahera), Eugenia jambolana(Loha-jam),Garcina species (Thekera), Holarrhina antidysentrica (Dudhkuri), Hydnocarpus kurzii (Chalmugra), Litsea cubeba (Mejankuri), Ocimum species.(Tulsi), Phlogocanthus thyrsiflorus (Titaphul), Piper longum (pipoli), Saraca indica (Asoka), Wedelia calandulacea (Mahabhringraj), Zinziber officinalis (Ada) are some of the most commonly used plants in treatment of various aliments. But the list is not exhaustive.

Assam has more fresh water wetlands then any other state in the North Eastern Region. The two major drainage systems of Assam-the Brahmaputra and the Barak and in the flood plains of these river systems exist patches of marshy depressions and swamps as well as perennial water bodies of varying shape, size and depth called locally as beels, haors, jalah, doloni, hola, pitoni etc. Man made tanks like Joysagar, Sibsagar, Dighalipukhuri, Jorpukhuri, Hazarapukhuri, Rajhuwa Borpukhuri etc. were also dug by ancient Rulers of Assam. There are an estimated 3513 beels and hoars, 1,85,623 ponds and tanks and one reservoir in Assam. Deepor beel near Guwahati is a Ramsar site. Besides Deepor beel and some others mentioned above wetlands of importantce are Chandubi, Rata, Sohola, Taralipather, Phokolai, Mer, Sonbeel, Jamjing, Sagunpara, Motapung, Sarlane, Sareswar, Roumari, Khalihamari, Goranga, Sapekhati, Koladuar etc.

The aquatic plants species of Assam belongs to diverse habits and have distinctive characteristics. More than 100 such aquatic species have been identified and they can be described into following broad categories.

From all available account following categories of threatened plants recognized by the IUCN have been reported from Assam.

Assam is part of the transitional zone between the Indian, Indo- Malayan and Indo- Chinese Biographical regions. Favourable climate, topographic and edaphic factors support luxuriant growth of diverse plant communities and create varied habitats. The Wet Evergreen, Semi-Evergreen, Moist Deciduous, Wet Savannah and riparian forest as well as extensive network of river systems and swamps , marshes and wetlands provide ideal conditions and suitable habitat for sustenance of wide variety of fauna be it mammals, primates, reptiles, amphibians, fishes, mollusks , birds, butterflies, moths etc. With existence of one of the most diverse faunal population; Assam provides the gateway for spread of both oriental and Palaearctic fauna to other parts of the country.

Assam forms the western most boundary for the Indo-Chinese species including primates and the easternmost limit of several peninsular mammalian fauna. The distributional extent of several Indian species including clawless otter, the spotted deer, the swamp deer, the stone marlin, the hispid hare, the great Indian one horned rhinoceros, the pigmy hog etc. have terminated in Assam plains. The distributional range of several Indo-Chinese fauna gets its sustenance from this region. Mention can be made of its sustenance from this region. Mention can be made of such species like clouded leopard, the marbled cat, the golden cat, the spotted linsang, the large Indian civet, the binturong, the crab eating mongoose, the ferret badger, the hog badger, the hoary bamboo rat, the bay bamboo rat etc .Assam is home to all the primate species found in the North Eastern region. Besides, many of the relict mammalian fauna of peninsular India particularly those occurring in the Western Ghats have close relationship with Assam and N.E region and therefore undoubtedly Assam holds a key place in the evolutionary process of divergence of mammalian fauna in India.

Assam’s mammalian diversity is represented by 193 species which are widely distributed in this region. But of late some of the species like one horned rhinoceros, water buffalo, pigmy hog, swamp deer, golden langur, hoolock gibbon have their distribution limited to isolated pockets and protected areas.

Out of 15 Indian primate species 9 are found in Assam. Hoolock gibbon is the only ape found in India. The other primate species are golden langur, capped monkey, rhesus macaque, pigtail macaque, stump tailed macaque, Assamese macaque, and slow Lorries. Golden langur or “Sonali Bandar” as it is known locally is confined between Sankosh river in the west; Manas in the east; Brhmaputra in the south and mountains in Bhutan in the north. Pigtail macaque and stumped tailed macaque locally known as Gahorinejia Bandar and “ Senduiria Bandar” respectively are distributed in the Eastern, central and southern part of the state. Rhesus macaque, capped monkey and Assamese macaque are more or less distributed through the State. Assamese macaque and Rhesus monkeys are also found in villages and in urban areas.

Most of the primates are predominately arborcal in nature but Rhesus monkey, Assamese macaque and stump tailed macaque are partly terrestrial also.

Slow Lorries is the only prosimian found in Assam and the N.E. region. Locally known as “Lajuki Bandar” they are solitary animals and obligate canopy dwellers.

Because of the habitant loss and fragmentation the primates are facing serious threat to their survival.

Assam’s varied physiography and habitant conditions support a rich variety of reptilian population. Gangetic gharial, 19 species of tortoises and 77 species of snakes and lizards are found in the state.

Assam and other parts of the N.E. region have 70 species of Amphibions reported from the region.. Gangenophis fulleri and Ichthyphis garoensis are endemic to Assam.

The Brahmaputra and Barak river system along with their tributaries and flood plain wetlands locally known as beels provide very condusive habitant for an array of fish species, Assam and other parts of N.E. region is recognized as one of the hot spots of fresh water fish biodiversity. 197 food, sports and ornamental fish species are reported from the region of which 185 are reported from Assam. The important ornamental fish species are colisa, Nemacheilus, Danio, Botia and Chaca. Commercially important fish species include, Rohu, Ktla, Pabha,Pabda Chital, Magur, Singi, Sol, etc. Over exploitation is posing serious threats to fish diversity and 25 species are identified as threatened.

The river systems and extensive flood plains also harbour fresh water mollusks. So far 39 species of freshwater snails have been reported from Assam of which 10 species are used as food.

Moths are also beautiful creatures and in Assam about 387 species of moths are reported. Most of the moth species are distributed throughout the State . 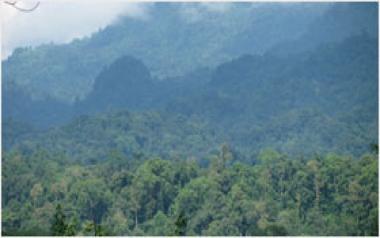